2009’s Stan Helsing should have taken the small world of horror-comedies by storm. Maybe somewhere down the line it will become a cult classic when it gets replayed on every cable channel 600 times during October. Even though it’s from the mind of Bo Zenga, the man who produced Scary Movie, I thought Stan Helsing was funnier and a helluva lot more entertaining than any of the Scary Movie installments, and that’s coming from a big Ana Faris fan. Zenga wrote, directed and appeared in the film as well. Stan Helsing is streaming on Netflix and you can find it dirt cheap on Amazon.

The cast includes Steve Howey as the video store clerk, Stan Helsing, the two smoking hot lead actresses Diora Baird and Desi Lydic, Kenan Thompson from SNL, and a hilarious cameo by Leslie Nielsen. The film takes place on Halloween night and it also features parodies of Freddy, Jason, Mike Myers, Pinhead, Leatherface, and Chucky. Not only will you laugh at some of your favorite horror icons, but you’ll also get to go on scavenger hunt for all the New Jersey references. Why this movie has so many Jersey references is a mystery because it’s never really mentioned outright that they are in New Jersey. The movie was filmed entirely in Canada and Los Angeles. It’s quite apparent that Zenga wanted us to know that this film was set in New Jersaaay! If you can find more clues please go ahead and leave a comment! 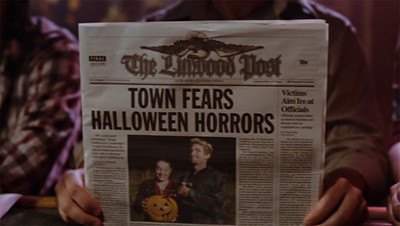 The Linwood Post. A fake newspaper, but a REAL town in southern New Jersey! There’s also a scene where you’ll see a Linwood Special Education bus. 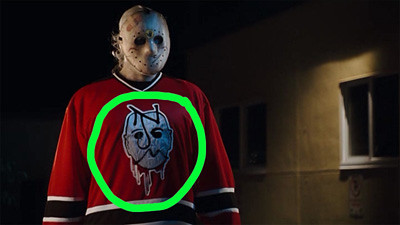 The Jason Voorhees knockoff has the noticeable letters “NJ” over the logo on his hockey jersey. Check out all the Friday the 13th related posts at The Sexy Armpit RIGHT HERE!!! 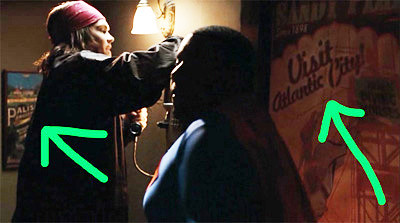 A “Visit Atlantic City” poster on the right AND on the left the famous Palisade’s Park poster is also visible in several scenes of the film. 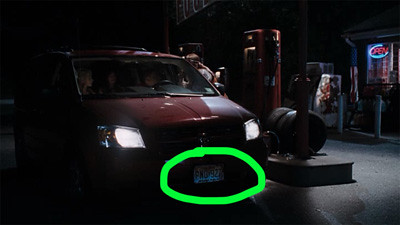 Various New Jersey license plates are seen throughout the film. 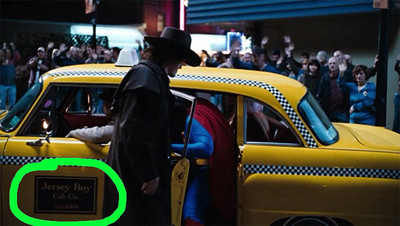 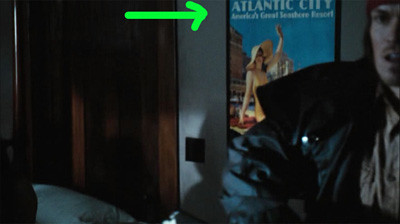 *His family moved from Boston to New Jersey, and he’s gone from E-Street to The Soprano’s: The soundtrack features a song written by Steven Van Zandt and recorded by Glen Phillips called “I Don’t Want to Go Home.”

*UPDATE* 10/25/10 On the commentary on the bluray, Bo Zenga mentions that he is a “Jersey boy” even though most profiles available on Zenga do not mention where he was born or grew up.