I say screw all the people having a blast in San Diego right now! I’m content waiting a few months for the 2011 New York Comic Con! Originally, I had plans to publish my review of The 2010 New York Comic Con shortly after it happened in October, but for several reasons I held out. The Internet is blitzed with all kinds of content and updates about both the New York Comic Con and it’s big brother on the west coast so I figured I’d wait it out a bit. Then before I knew it, months began to pass. I had my review on the back burner to drop it when no one was expecting a review of an event that they’ve already heard about months prior. My theory was that geeks, fanboys, and even your typical everyday Joe Schmo ALWAYS want to read about Comic Con. If you continue reading this, then you have proven my theory correct. 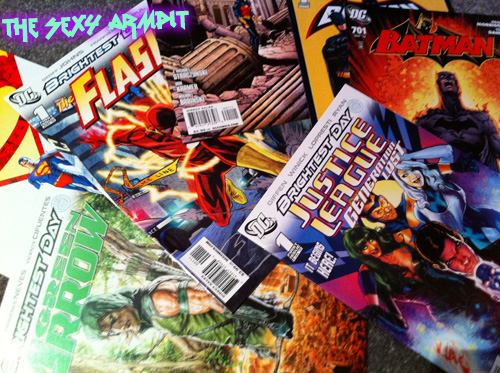 MORE? That’s what last year’s New York Comic Con offered. Demos, Artists, Dealers; there was more of everything. Even though I’ve never been to the San Diego Comic Con, I still couldn’t shake the feeling that the New York show’s reputation pales in comparison. I’m actually glad that the New York show hasn’t gotten as out of hand and ridiculous as SD because I would start to fear going to the Con rather than wait in baited breath all year for it. Ultimately I just want to walk around the floor all by myself.

What’s the allure of the con? Is it the crazed fans dressing up in their favorite characters costume? Or maybe the stars that come out to promote the blockbuster movies that will be hitting theaters and DVD in the near future? In the midst of all the glitz and glam of the Con, we cannot forget the comic book artists. The main reason why the real hardcore comic fans go to this is to meet, interact with, and perhaps even have a custom piece signed by their favorite artist. To me, that’s the biggest thrill. Most of my time at Comic Con is spent in Artist’s Alley drooling over their portfolio albums. 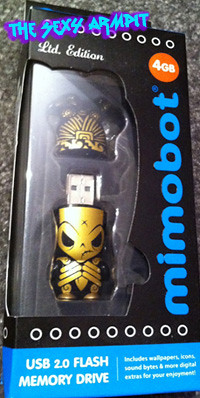 “Mictlantecuhtli”
A cool looking limited edition 4GB drive created by Julio E. Carrillo
Thanks to the jovial Jessica Smiley from Mimobot – maker of designer USB flash drives.
While I was tempted to grab a Batman or Star Wars drive, I opted to support original art!

While some of the costumed characters walking around the Con were employed by exhibitors, others are simply fans who seem like they just want to get some attention and their photos plastered all over the Internet. To the attendees who are just looking for attention, you’re really just clogging up the Con floor! And to the cosplayers who are loyal to the art of cosplay or just obsessed with a certain character – you are definitely worthy of making the local tri-state TV news broadcast. I commend their creativity and the time and effort they put into it! 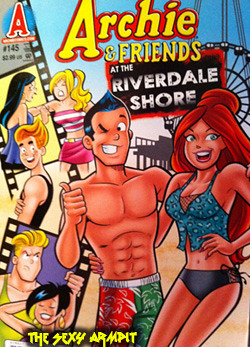 Archie’s Jersey Shore parody
The folks at the Archie Comics table saw me eyeing their last issue of this
and gave it to me after they found out what The Sexy Armpit was all about! 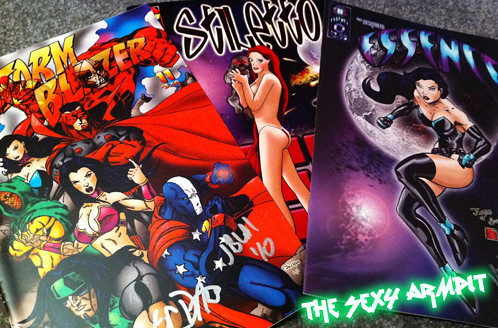 I was stopped by a few guys at the Ultimate Comics Group table. They are an indy comic publisher out of Egg Harbor, NJ. I picked up a few of their books. Lots of comic book boobies.
www.SexyArmpit.com