Thanks to Muppet Wikia‘s vast amount of Muppet minutia, we now know that Johnny Fiama hails from Camden, New Jersey, a fact he revealed during his appearance on an episode of Family Feud. Now that we know he’s a Jersey guy, it’s not surprising that his last name is actually an anagram for Mafia! 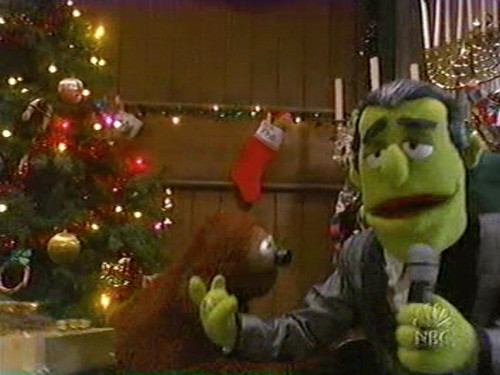 In 2002’s It’s a Very Merry Muppets Christmas Movie, Johnny Fiama sings a hilarious “Jingle Bells” accompanied by Rowlf on piano. Soon he gets interrupted by his loyal monkey sidekick, Sal Minella, who has a Christmas gift for him. 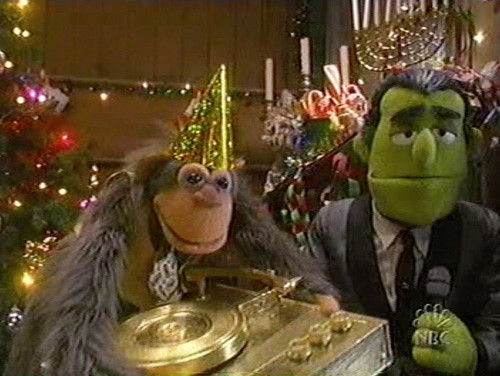 “I sold my moped to buy you this solid gold record player!”

The Muppet character Johnny Fiama didn’t show up to the party until the short lived prime time TV show Muppets Tonight, but he’s been a welcome addition the gang ever since. Johnny seems to be stereotypically Italian, and inspired by the great crooners such as Tony Bennet, Dean Martin, and Frank Sinatra. He even hosted “The Johnny Fiama Show” on Muppets Tonight. 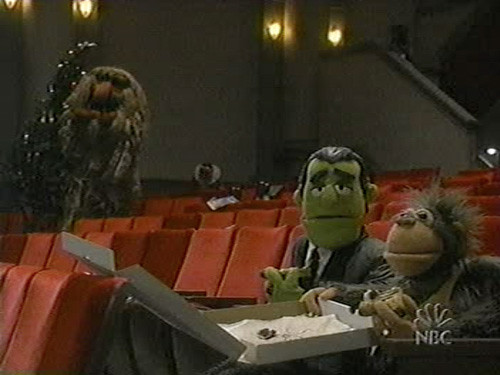 “It looks like somebody’s been drinking a little too much egg nog!”