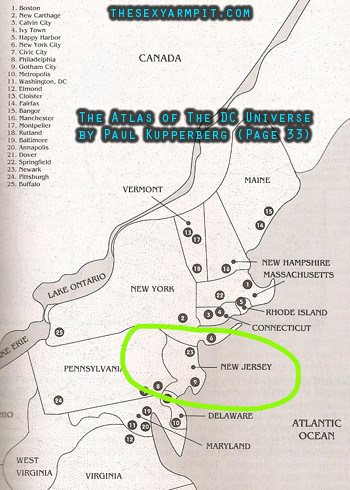 In the 1966 Batman TV series, the Batmobile zooms passed a sign that that says “Gotham City 14 Miles.” As it turns out for us here in New Jersey, that old sign wasn’t lying after all! In this post I will prove that for some outrageous reason, Gotham City is in fact in…(gasp!)… New Jersey!

For the non-fanboys reading this, I can see why you are in disbelief. It’s always assumed that Batman fought crime in a city created in the image New York City, and there’s surely enough evidence of it. But for the writers of DC Comics, having New York City exist in their universe as a separate entity is important. So, at least geographically, Gotham City exists in New Jersey. Although, since we already have The Toxic Avenger, is there enough room for an even more legendary super hero in New Jersey? 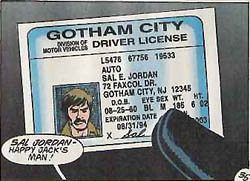 There’s lots of people out there who will think the idea of Gotham City being in Jersey is utter garbage (pun intended), but aside from the fact that it doesn’t have as many skyscrapers as New York City, nowadays Jersey may be even seedier than Manhattan. Let’s go down the checklist: Corruption, CHECK, Crime, CHECK, Gambling, CHECK, Prostitution, CHECK, murderous villain dressed in clown makeup, well…not necessarily, but I’m sure that can be arranged.

While many of you are flying into a fit of rage, internalizing your anger, and pacing around your home or office upon reading this, we here in New Jersey are rejoicing. A small bit of unimportant DC comics trivia it may seem, but The Sexy Armpit refuses to discard it. To many bat-fans in the most densely populated state in the country, the whereabouts of Gotham City is of prime importance. No matter if you grew up in Bloomfield or Barnegat, any Batman adventure that you acted out as a kid has just skyrocketed in credibility. Batman is our hometown hero!

With sections known as The Bowery, Chelsea, Chinatown, and the East River, it’s painfully obvious that Gotham City wants desperately to be New York City, but New York City will remain its own island. New York already has our football team and gets made fun of a lot less than us so I’d say giving us Gotham City is a more than generous trade.

For more on Gotham City, New Jersey check out these links:

Gotham City on The DC Database