Sometimes the appetizers and the dessert are more enticing than the main course. The main course being the Monster Mania Con in Cherry Hill, NJ. In the same vein, sometimes the photos that appear in a blog post are actually way better than the post itself. Enjoy!

After being to so many Monster Mania cons, my agenda diminishes with each installment. I remember MMs when I would leave abruptly and head directly home because I ran out of money from buying so much cool stuff. It was like I lost a ton of money in Atlantic City and I was ruined, but I relished in every nostalgic second of it.

The other saving grace, the chance to meet horror actors at Monster Mania, has largely lost its luster after noticing that some of the prices they charge at conventions like this have gone completely off the charts. Makes me wonder how some fans take photos seemingly with every guest. Ironically, the focal point of MM for many of us has really become a way for online horror fanatics to meet up with each other in person. Yes, the non-famous people get the chance to interact, not behind figurative vibranium shields, computer screens, and giant smart phones, but actually face to face.

*SPOILER: NONE OF THE PHOTOS IN THIS POST ARE FROM MONSTER MANIA* 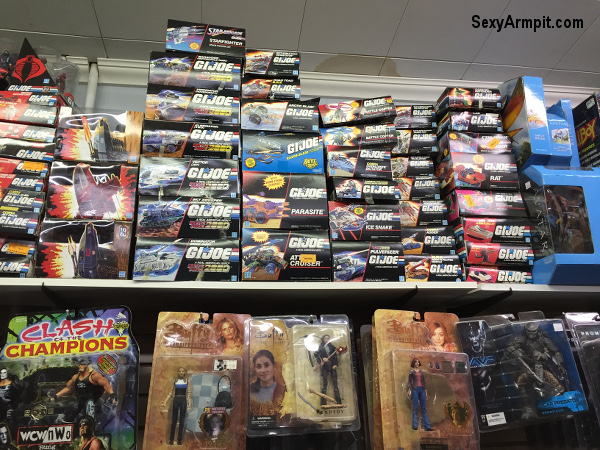 In hopes of compensating for my lack of interest in the actual con, I usually try to engineer some elaborate schemes for the rest of the weekend. I didn’t have to twist Matt’s arm into coming with me to these top secret spots either. By now, he knows I’m not going to drop him off at the Wicker Emporium and leave him for dead. Maybe the Wicket Emporium though. Isn’t it amazing how changing one little letter makes the store into a glorious wonderland of furry little creatures from Endor?

While my mind lingers on the possibilities of a full-on Ewok department store, let’s get you back to the action.

Sure, Monster Mania was the catalyst for our trip, but I figured, why not do what I do best and make this excursion way more elaborate? These little offshoot adventures have quickly become the highlight of our Monster Mania trips. This time around, in addition to MM, I picked out 4 points of interest that I had mapped out in my head and in my phone ahead of time, and if the timing was right, we’d be making several detours throughout the weekend. Clark Griswold, eat your heart out! 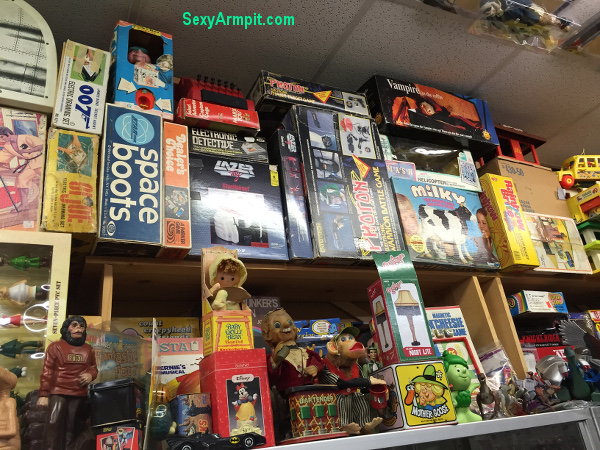 As we rapidly approached the Cherry Hill exit on the Turnpike, I alluded to my need to make a pitstop before we hit the hotel. The last thing we all wanted to do was make an unnecessary stop that would prolong us from eating since we were all starving at that point. One of the necessary evils was picking up some liquor for the room, because it seems like the ghost of Crowne Plaza always LOVES to drink all of our Tequila. 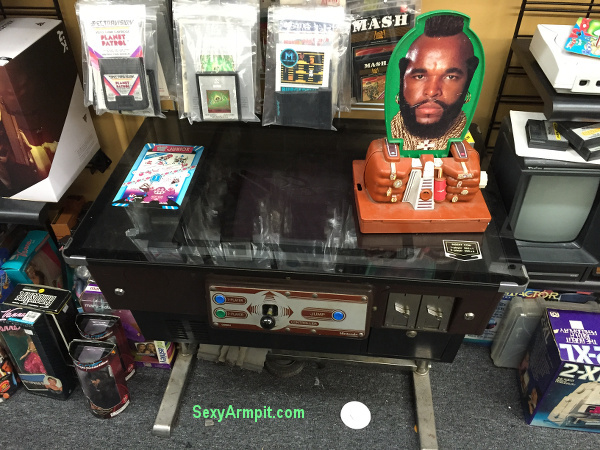 We stopped at Froggie’s liquor store. Can someone explain to me why it seemed like everything is named Froggie’s in Cherry Hill? It may have only been a deli and a cafe, but it seemed like we passed so many different Froggie’s establishments in the matter of a mile that it made it seem like every damn business down there was named Froggie’s. Excluding the defunct Crystal Lake Diner of course, which was completely gutted, making it appropriately more scary. It would make total sense to show you an eerie photo of this place, but instead, here’s Koo Koo from Cops ‘N Crooks. 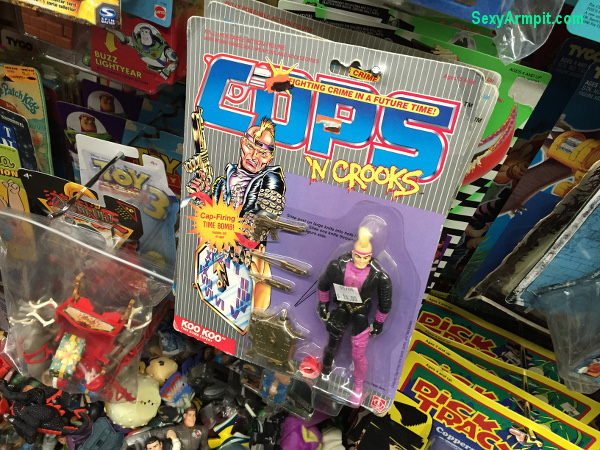 I didn’t let any details of this place out of the bag, so it was a total mystery as to where we were headed. Erroneously turning off onto the wrong side road only added to the suspense. 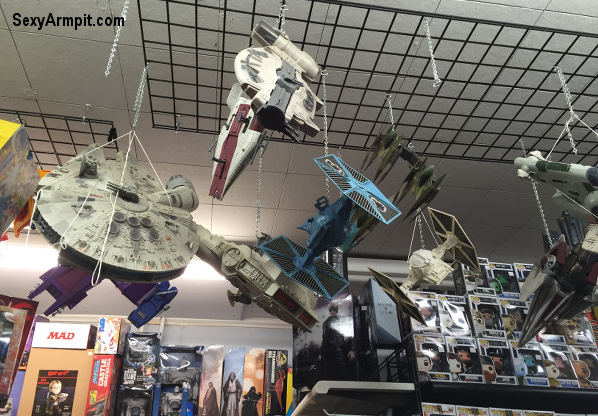 Ahh there it was, The House of Fun! With a name like that, this shop had a lot to live up to. This place is incredible. I can easily say that no toy/collectible shop near me is anywhere near this caliber of cool. What’s most impressive is the mint in box vintage stuff that stocked the shelves, which evokes the feeling that you’re at a downtown toy shop anywhere from 20 or 30 years ago. Another aspect of the store that I appreciated was the mix of old and new. This is particularly apparent in the side room, which is pretty wild. We entered into that sanctum and were greeted by a life size Han in Carbonite, a slew of Godzillas, old plush toys, Star Wars stuff hanging from the ceiling, vintage video games, board games, and a host of other crap you might only find on eBay.

Next time you’re in the area, definitely check this store out. We want to get back there real soon! Thanks for reading and come back tomorrow for the next installment of our Monster Mania trip to see the other detours I had up my sleeve. Now I leave you with the Crystal Lake Diner from back when it was in all of it’s operational glory! I say open it back up and give it the old Jason Voorhees treatment. It would be a boon to the business.