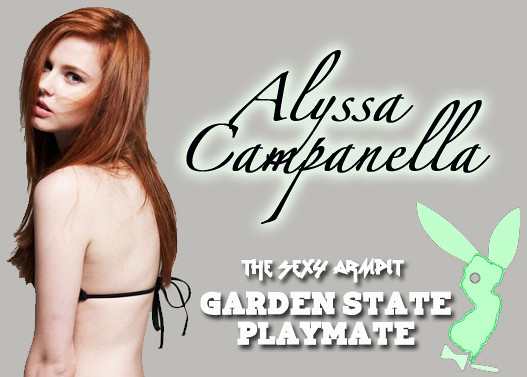 By now you’re probably sick of hearing about the winner of the 2011 Miss U.S.A Pageant, but how can I not throw my two cents in? The buzz around the blogosphere for Alyssa Campanella is on the brink of being out of hand and it’s only been a couple of days since Miss California won the Miss USA crown. Why would The Sexy Armpit hail Miss California as this month’s Garden State Playmate? Well because this fox is originally a Jersey girl, so screw you California! 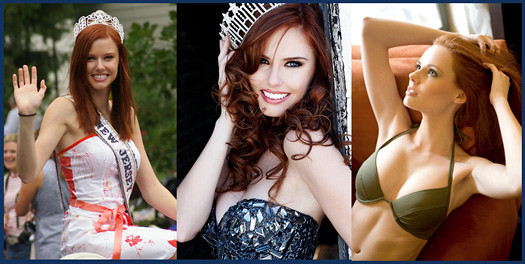 Campanella is not your average beauty queen. Sure, much of the reason for all the buzz on Miss California is because she’s freaking HOT, but it’s also credited to her status as a “geek.” It seems as if the whole geek culture has officially arrived now that there’s a mega popular TV show revolving around it, (Big Bang Theory), and now even Miss U.S.A is a full fledged geek. Tons of blogs and news articles are concentrating on this bit of her personality. Fact is, she was brave enough to show her personality unlike many other contestants and perhaps showing that she’s a real girl, not a robot helped her win.

Campanella has been open about her passion for watching the Star Wars movies. Almost every headline I read about her winning the pageant has mentioned Star Wars. Even the official Star Wars blog featured a story on her! In addition to Star Wars, she loves hockey, history, science, space exploration, and watching cable shows like Game of Thrones and Camelot. So that does give hope to guys out there looking for a girl with similar interests. There are cool girls out there! She’s a geek’s dream girl!

Instead of just harping on her love of geek stuff, allow me to provide some of her vital stats. Originally from Manalapan, New Jersey, Campanella held a 4.0 GPA while she attended Freehold Township High School. She also graduated a year early and went on to win Miss New Jersey Teen USA in 2006. And in case you were wondering, Wikipedia notes that she’s originally a blonde and dyes her hair red.

The Miss USA pageant has been held for nearly the last 60 years. On a side note, Miss New Jersey has never won the title of Miss USA but with a little searching you might discover that some of the winners such as Campanella are not representing the states where they are originally from. So here’s to our own Miss Nerd Jersey, Alyssa Campanella!

Other information from her Wikipedia entry and an article on newjerseynewsroom.com