“That’s right Mavis, yeah one of ’ems got Maryland plates and the other ones from New Jersey…10-4.” – Sheriff Tupper, Tales From The Crypt Presents Demon Knight

If not for The Cryptkeeper, the Tales From The Crypt series would never have spawned 3 movie spinoffs. Originally slated for a Halloween ’94 release, I remember waiting until January of 1995 to see the miserable Demon Knight. I sat in a fairly empty theater to watch this on a Friday afternoon, even dozing off a few times. 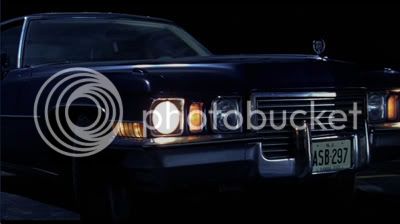 Since the Tales series had a bunch of memorable episodes, I had high expectations for this film. Call me crazy, but when I first heard that a new Tales from the Crypt movie was coming out back then I thought it was going to be more like an anthology similar to the original Tales from the Crypt film from 1972 Unfortunately it was nothing like that and it was later indicated through several horror magazines that the script wasn’t even originally intended as a Tales From The Crypt movie.

Aside from the Cryptkeeper introducing and capping off the film, the cool cameos by John Laroquette and Dick Miller are worth noting. Other than that, I couldn’t think of a more dull cast. Jada Pinkett bored me to death, but I was happy to see that John Schuck had a pretty large role. You might know Schuck as Herman in a show that I admittedly watched as a kid, The Munsters Today.

Without any hesitation, I’ve always stood by the fact that Demon Knight sucked. I was much more satisfied with the shlockier Bordello of Blood starring Corey Feldman, since it was a more fitting horror comedy.
The Cryptkeeper needs to make a comeback! The Cryptkeeper can easily be created with CGI so he can continue hosting movies and TV shows forever. If the time comes when the voice of the Cryptkeeper, John Kassir, can’t do it anymore I’m sure it can be closely replicated in the same way that the Looney Tunes voices are. COME BACK CRYPTKEEPER…COME BACK…BUT ONLY WITH A GOOD MOVIE!
www.SexyArmpit.com