[youtube http://www.youtube.com/watch?v=Rs9pMmpR0Fs?rel=0]
Usually, I’m not one to get a lot of phone calls. Although, not too long ago, a phone call came in from Ivan Anderson, guitarist from the band Sweet Fix that I reviewed here recently. Any time I’ve spoken to Ivan he always has a very enthusiastic tone and I appreciate that. He’s got such a passion for his music and also for pop culture stuff in general. This has lead him to read The Sexy Armpit on many occasions. He noticed our post about New Jersey native Tim Jacobus’ “It Came From New Jersey,” during the 2013 Halloween Countdown, and he called me without hesitation. Hmm, did he want to invite me to an upcoming Sweet Fix show? Did he want to challenge me to a public debate about the role and impact on society of ’80s sitcom neighbors? WHAT WAS IT? Now I needed to know, so I actually had a real live phone conversation with him.
“You’re never gonna believe this…” Ivan blasted. When he started mentioning the post I wrote about Goosebumps artist Tim Jacobus, he thought it was such an amazing coincidence that the news he was about to break to me also involved Mr. Jacobus. Strange and eerie things must have been afoot during the Halloween Countdown!
Ivan finally cut to the chase. His band Sweet Fix had enlisted none other than legendary artist Tim Jacobus to do a balls-out piece of art featuring the band in Goosebumps style. Mind blown!
It was difficult figuring out what was more amazing, the news about Tim’s Sweet Fix artwork OR the fact that this came into play right around the same time that my post went up. And we did not coordinate this effort in any way.
Since Tim’s artwork of the band had been done for a while now, all that was left for Sweet Fix was to unveil it somehow. Sure they could’ve just threw it up on their website and had everyone click LIKE or comment “Cool!,” but they wanted to do something a little more elaborate to commemorate it.
The band knows that I am a New Jersey Pop Culture maniac, so this was the reason for Ivan’s call. The logistics were set, the time, the place, and all we needed was for Tim to be on board. Being the awesome motherf*cker that he is, he was happy to be a part of it. The “It” that I am referring to is the  video we filmed to discuss this incredible collaboration.
Posted above is my conversation with Sweet Fix and Tim Jacobus, filmed by Mike Wirth (@idiotatplay on Twitter) at the Union Plaza Diner in Union, NJ (naturally a diner, we’re in New Jersey!) In it we talk all about the album, Tim’s Goosebumps covers, and of course, we unveil Tim’s artwork of the band. Enjoy!
www.SexyArmpit.com 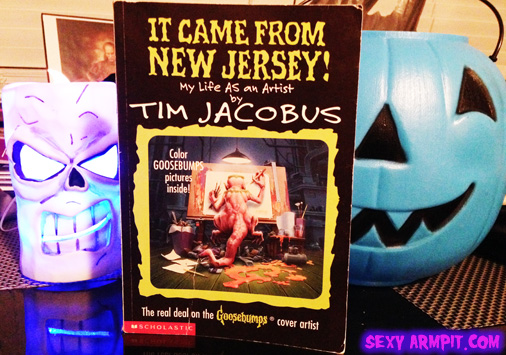 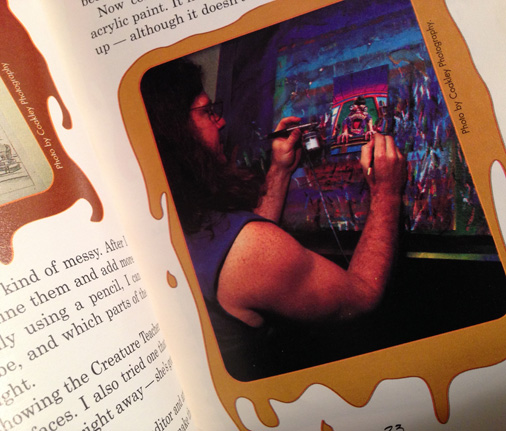 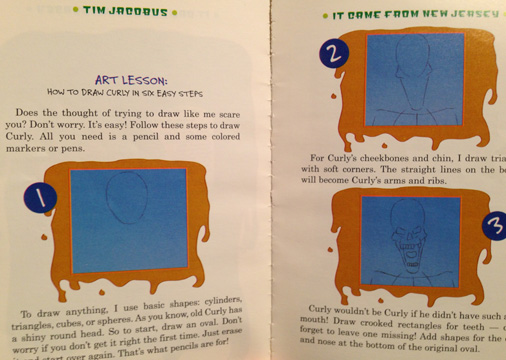 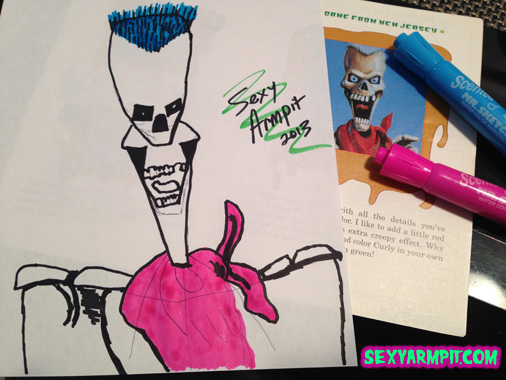