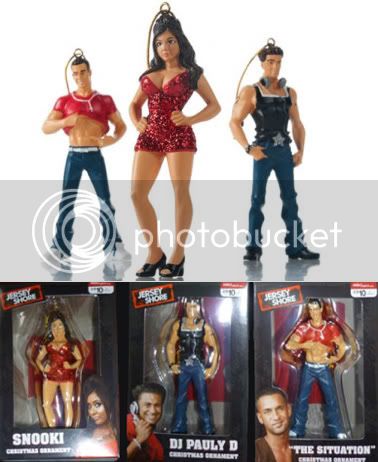 Vinny, Sammie, J-Woww, Snooki, and Situation all had a nice run on MTV’s Jersey Shore. With the low attention span of the public eye and the constant need for something new, It seems that Jersey Shore peaked before heading off to Italy. This doesn’t mean that next season won’t score high ratings, it just means that the novelty is about to wear off, and I’m thankful for that.

Considering that more than half of the cast isn’t even from New Jersey the authenticity is shot down. Several seasons into the show the entire country now believes that these people represent New Jersey. Here’s the rundown: The Situation was born in Staten Island and grew up in New Jersey, Sammi is from Hazlet NJ, and late to the party is Deena from New Egypt NJ.
It’s not about being proud that I was born and bred in New Jersey, it’s more about the fact that people throughout Jersey are JERSEY…these people are not. The fact that much of the cast is from Staten Island and New York is a pretty good indication of the type of demographic that visits the Jersey shore. The stereotypes we are being punished with stemming from this show should actually be transferred to the out- of-towners who give us a bad rap.
After all of that, how could I bring myself to put Jersey Shore ornaments on my Christmas tree? I’d love to know how many people around the world have these on their trees this year! If you have one let us know in the comments!
www.SexyArmpit.com