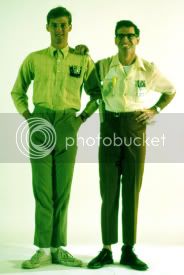 Can you even recall when black rimmed glasses and a pocket protector was the sole association with a geek? For me, it doesn’t seem that long ago that Eugene from the Grease films was the first person who came to mind when I heard that word. Heck, even Screech Powers from Saved by the Bell was synonymous with Nerd or Geek. Robert Carradine and Anthony Edwards stood up for all who were nerdy in the Revenge of the Nerds series and I honestly can’t see a modern day “re-imagining” of that series because the idea of Nerd or Geek has totally changed.

Is there even a clear difference between a geek and a nerd? The classic definition of a nerd/geek varies greatly from what it is today. At one time, geeks were typically guys, ultra intelligent, never seemed to know how to dress, and they definitely couldn’t talk to girls (if only they had Beauty and the Geek back then). I bet my coveted toy WWE spinner belt that you or someone you know has been called a computer nerd. Nowadays, it seems that a geek is someone who is heavily into computers, comics, gaming, sci-fi, or nostalgia. As a matter of fact, you can be a geek with just about anything if you’re THAT obsessed with it. But it doesn’t sound right when you say “I’m a music geek, or a movie nerd.” With that said, it seems those once derogatory terms can’t be used universally. For now, let’s just assume they refer to similar types of people.

Since the ’50s we’ve had the pleasure of poking fun at these smart, goofy bastards called Nerds. Back then they were mostly found in high schools or libraries getting shaken down for their lunch money or a term paper or overzealously raising their hands at each question asked by the teacher and getting every answer so right that you thought you might be missing your frontal lobe.

Geeks across the nation rallied and experienced one hell of a renaissance once the ’90s rolled around. Perhaps Family Matters’ Steve Urkel captured the title of one of the most familiar modern day geeks. How can fanboys like me, (a much better term I’d say) and say…your friend who’s into fantasy role playing games be considered the same kind of animal? It just doesn’t seem right. I always felt it was a negative comment to call someone a geek or a nerd and now it’s just as insulting, but in different way. I get called a geek all the time and I’ve just come to accept it and brand myself one before anyone can pounce on it. It’s easier to say I’m a superhero geek to make it easier for people to understand what I’m about. Have you been called a geek because you love Star Wars? Now anyone who loves Star Wars is considered a “Star Wars Geek.” Lame but true. Why should we be persecuted for what we like?

It became a whole different IQ test when bands like Weezer surprised the shit out of the music business helping to introduce the genre known as “geek rock.” While they had smart, self depreciating lyrics filled with pop references, and hard rock with memorable hooks, they were far from geeks. It may have just been a style they went for to be tongue in cheek considering one of Rivers Cuomo’s previous bands was considered a hair band.

Nerds are penetrating pop culture more than ever before. Right at this minute you can open up another browser page and look at a whole online store that sells stuff that nerds would drool over (ThinkGeek). Hell, there’s even an entire magazine dedicated to geek culture…(which at this moment i’m fantasizing about subscribing to) Geek Monthly . Even consumers who are apprehensive about buying computer and home theater equipment can call in the “Geek Squad” to save the day. Why is it that you have to be a geek to know about computers and hook up electronics?

A trendy term in the past few years “Geek Chic,” refers to everything geek becoming cool. Damn, you would need to be up on your “Geekspeak” before you could possibly know what “Cheek Chic” is. On the defunct “O.C,” Adam Brody’s Seth Cohen was a hero to the nerd kingdom. He was like Ghandi, or Abraham Lincoln bringing us one step closer to freedom. Seth had a thing for graphic novels, death cab, he drew and wrote his own comics, coined his own words, and dug The Goonies. You can’t get more geeky than that. But more recently on TV, G4’s influential Attack of the Show features Kevin Pereira and Olivia Munn, two good looking non geeky hosts giving the run down on all that is geeky. They discuss the latest tech gadgets, superhero films, and report live from what is known as “geek nirvana” the Comic Con. With them leading the geek charge it’s no wonder that geeks of today are only called that for lack of a better term.

You know what geek or nerd are euphemisms for? Pathetic. I swear. You and I…and everyone else…we need to accept that and revolt. We need to take on a new moniker because we don’t have much in common with those old school, pocket protected, highwater-wearing nerds. Think about it…is everyone who wears black rimmed glasses a geek? I’m sure some of them are but not all. Why in the name of all namers couldn’t we have named this new “geek” revolution something else? Webster’s dictionary makes a big deal about adding new slang terms each year that we stopped using years ago and we couldn’t think of another word that would better describe us? Video Gameamaniacs, Comic Bookers, Nostalgaddicts, none of them will work. In America we are always concerned about being PC and calling every different ethnic group the proper name so I think it’s only fair to give us geeks the same respect. This is a stigma that I hereby vow to eradicate. IT’S TIME FOR OUR REVOLUTION, GEEKS NEED A NEW NAME!