Stumbled onto this parody while on YouTube. Many of you might just say…”wow, this user has too much time on their hands,” but xXCaraTabrettXx actually did a pretty damn good job. I’m surprised Disney hasn’t yanked it off yet.
[youtube http://www.youtube.com/watch?v=_oACE-zw6nE?rel=0]
www.SexyArmpit.com

It’s seriously t-shirt time here at The Sexy Armpit! I figured since the new season of Jersey Shore premiered last week, why not delve into the vast collection of tees offered at The Shore Store in Seaside Heights. This is the store where the cast of MTV’s Jersey Shore works when they aren’t getting drunk, smushing, throwing each others belongings onto the deck, fist pumping, or signaling oncoming grenades.

If you scan through their online store, you’ll see that they offer a wide array of t-shirts, some highly offensive and some totally stupid, but the main attractions are the amusing New Jersey tees for sale. As you can see, there’s a good chance that the 4th grade class at your local elementary school came up with the one liners on these t-shirts, not William Shakespeare as you may have thought. In case you hadn’t guessed, Come Smell For Yourself is my favorite. 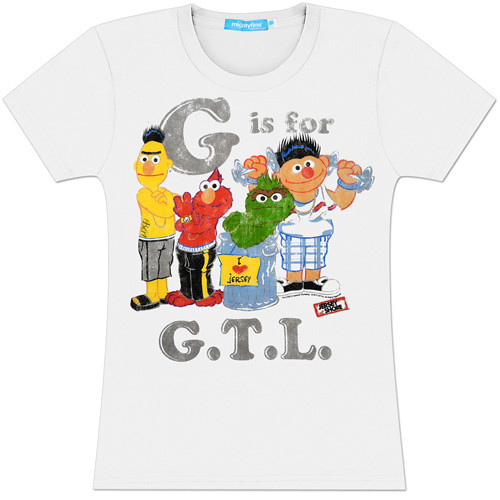