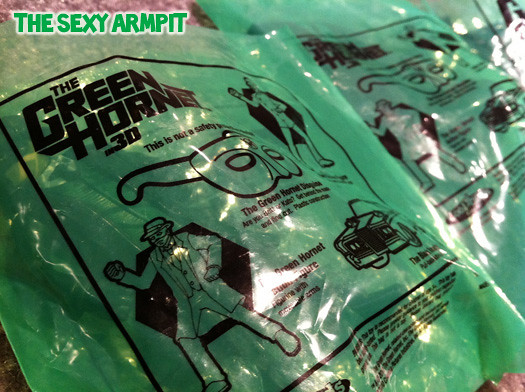 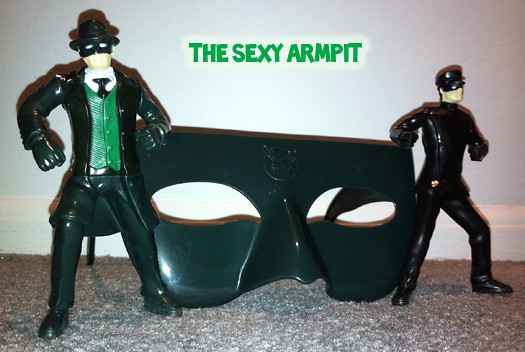 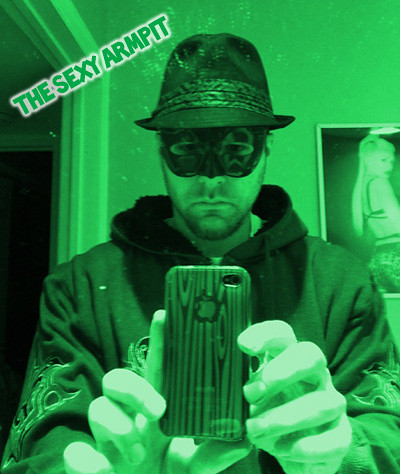 I have to admit, I wasn’t quite sold on Michel Gondry after seeing Be Kind Rewind. Certainly, that doesn’t mean I dissapprove of him being at the helm of next year’s Green Hornet film. Gondry chose to set Be Kind in New Jersey and in my world that’s like a Julius Erving baseline scoop even if the film sucks. Want proof? I spent over an hour writing about Dark Ride.

“…she couldn’t get the doors open.”
In Be Kind Rewind, the “odd couple” buddy team of Mike (Mos Def) and Jerry (Jack Black) put their heads together to figure out how to save Mr. Fletcher’s (Danny Glover) dilapidated old corner video store in Passaic, NJ from being turned into the town’s newly constructed center of commerce.

“…Look, i just want to improve the life of people in Passaic, that’s all.”

“…you must never slam the door or the building will collapse?”

Mike gets electrocuted while attempting to disable an electrical plant that’s apparently melting his brain, and then walks into the video store. His proximity to the rental tapes erases them all. In reaction, Mike and Jerry have a novel idea to record their own films and rent them out to customers. The “sweded” versions as they’re known as, inadvertantly get so popular with the customers from around town that they begin raising alot of money to save the store. Unfortunately, the amount of money raised wasn’t nearly enough to save the store.

Mike and Jerry replicate a scene from Ghostbusters as they bolt through the doors of the Passaic Public Library
Be Kind Rewind sparkled only occassionally and ultimately failed to showcase the skills where Gondry excels (see Eternal Sunshine of the Spotless Mind). The plot to Be Kind Rewind was inventive, but stock in many ways. Gondry used several typical movie conventions but I was expecting a far more cryptic affair considering Gondry’s innovative rep. Mike and Jerry could’ve been trying to save Average Joe’s Gym in Dodgeball or the South Harmon Institute of Technology (S.H.I.T) in Accepted. This scenario is overused, but otherwise the film was light, and enjoyable. It’s not one I’d watch multiple times though. Was Gondry attempting to win the mainstream? The film is not without merit, but the New Jersey backdrop is what turned me on the most.
The Green Hornet From Sony Pictures
Gondry had previously worked on a Green Hornet script around 1990. He wanted to be involved in the latest project so badly that Seth Rogen, in an interview with MTV, revealed: “To convince the studio to let him do it, he filmed a fight scene on his own.” Rogen expressed his awe of the short, action packed footage which leaves me with peace of mind. Hopefully Gondry will muster up all that avant-garde talent he’s got and use it to assemble a truly standout action film about the green cloaked vigilante. I trust that we Green Hornet fans are in good hands.
To many people, Seth Rogen seemed to be an odd choice at first. I feel like the team on this film must be inspired by the characters and the story of GH to come out with their Hornet Sting’s blazing. They are banking on a character who was popular in the golden age of radio, and during the ’60s when superhero campiness was at an all time high. Just like Evan (Michael Cera) says in Superbad: “I’m not too worried about it, really. I wouldn’t worry about it. Don’t worry about it. I’m not worried at all.” If you’re still worried after that, just keep in mind how much Rogen seems to have slimmed down for the role of Britt Reid/GH since he was announced. He looked as if he was never even a chubster at the Academy Awards last week, so perhaps he will fit through the door of Black Beauty after all!

click here for “A Memoir by the Green Hornet”
www.SexyArmpit.com

Superbad is exactly what I was hoping for. It’s a movie where the nerds get the girls, drink beer out of laundry detergent containers, and get to shoot at a police car that’s engulfed in flames. I missed out on Knocked Up when it was in theaters so I made sure I saw Superbad and I was not disappointed.

The film is probably semi-autobiographical because the main characters/best friends Seth and Evan could be a young Seth Rogen and Evan Goldberg, the writers of the film. Gee, you think? Their counterpart Fogell starts out as the annoying third friend but ends up so badass that he’s getting hauled away by the cops.

Just when you think Evan is actually going to get some action, he proves that he’s too nice of a guy to take advantage of a drunk Becca. Becca (Martha Maclsaac) is dead on with her portrayal of a drunken teenage girl looking to bed down the most innocent Evan. Seth, the fat kid friend of Evan’s clearly has some subconscious gay issues but I won’t give too much away. He tries to get with Jules (Emma Stone) but it doesn’t really work out as he planned. There’s even a platonic love scene between Seth and Evan which actually feels more poignant than icky.

The storyline featuring Rogen and Bill Hader as bumbling, intoxicated police officers Michaels and Slater is the highlight of the movie. They take in Fogell (aka McLovin) who is underage trying to buy some adult beverages at the liquor store. The success with scoring with the girls they like rests on if they can swindle some liquor and bring it to a party. As he’s about to check out and actually score the alcohol McLovin’s punched out by a robber who steals money from the cash register and bails. The rest of the movie the friends frantically try to get to the party with drinks for all.

There’s no doubt in my mind that this is going to be one of those movies we constantly quote from. The film’s pace slows down a bit toward the end but it flows nicely into the resolution. Superbad’s genius mess of action and vulgarity makes for a lot of hysterical laughing which is what I did throughout. Oh yeah, listen for an awesome Zack Morris reference and that Real Ghostbusters lunchbox to name a few.