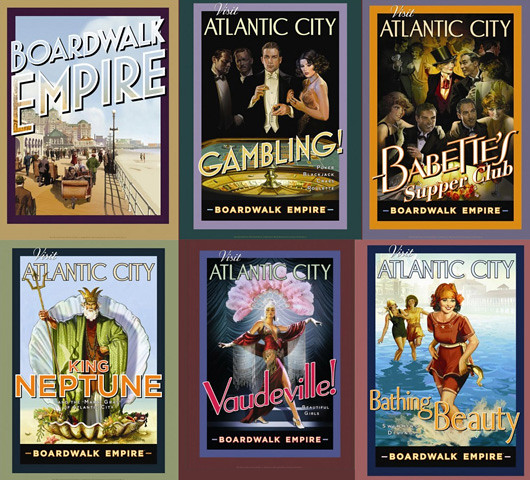 For last year’s premiere of HBO’s Boardwalk Empire, the ad campaign was seen all over Atlantic City. The series of posters for the first season were beautifully painted and appeared in magazines, blogs, and naturally, along the boardwalk in Atlantic City. You might have also seen these posters while you were baking on the beach because they were all over the pier. 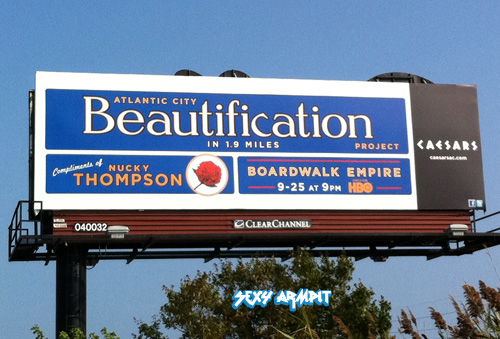 Not too long ago Miss Sexy Armpit and I saw a couple of billboards for the 2nd season of Boardwalk Empire on the Atlantic City Expressway. These were more of a viral type ad campaign in contrast to the lavish artwork used in the 1st season’s campaign. The Atlantic City Beautification Project is a bit of a ruse if you don’t bother to look at the rest of the billboard. Since Atlantic City has actually made progress in beautifying it’s central area with new landscaping, upscale outdoor shopping, various restaurants, and Jay Z’s 40/40 Club, one might think that the A.C Beautification Project was a real municipal initiative. Either way, the ad indicates that we have Nucky Thompson to thank for it. 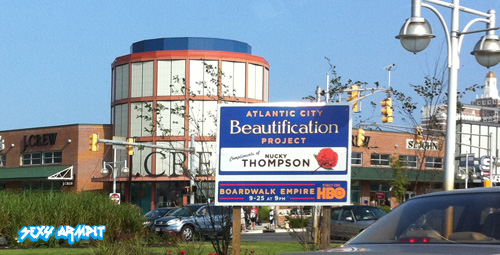 When seen from your car before you split off to go to your casino, this smaller version of the billboard is even more realistic. It’s like one of those homemade signs stuck in someone’s lawn promoting a candidate for a spot in the local government. Props to HBO for another cool localized ad campaign. The only thing that could make it feel more real is if it said Nucky Johnson!
www.SexyArmpit.com