While you may be recuperating from a weekend of St. Patrick’s Day parades and imbibing enough liquor to get 3 of Jabba the Hutt’s drunk uncles even drunker, why not enjoy the latest installment of Ad Jerseum? It’s been a while, so here it goes!

Unless there’s some free food in it for me, giving free plugs to chain restaurants is not something I do. I really contemplated posting about this billboard solely for that reason, but ultimately it’s too Jersey too pass it up. I’d much rather give the plug to a local mom and pop restaurant, but today’s billboard literally jumped out at me several months ago.

I took this photo a while back and rather than just sit on it until next year, it would probably be best if I actually posted this before St. Patrick’s Day 2014 comes to an end, wouldn’t you say?

This billboard ad resides on Route 1 South in the Rahway area. It caught my eye thanks to its usage of the state. The comparison is very persuasive. If you’re a fan of Irish pubs/restaurants and you’re cruising down Route 1, I think it would entice you to turn off.

As offensive it might be to some, the fact is, I’m not really a big fan of Irish pubs. It’s more because I prefer Italian and Mexican food over basically any other cuisine, but I have to admit, nothing beats beer, burgers, and those giant fries at an Irish pub.

Shannon Rose, an Irish pub/restaurant chain, has 3 locations and they’ re all in New Jersey. I’ve eaten there many times and I’ve never been disappointed, although I will say that it gets extremely packed, and it’s pretty loud, especially on Sundays during football season. It’s definitely not a spot to go if you’re trying to be incognito, but the beer is cold and the appetizers are great.

2 FREE Shamrock Shake cards that have been provided by McDonald’s will go out to 2 Random winners!
TO ENTER:
e-mail sexyarmpit@comcast.net
subject: SHAMROCK
If you are chosen we will reach out to you for your mailing address
WINNERS ANNOUNCED ON 3/7/12

Many folks in New Jersey are pissed off that the St. Patrick’s Day parade in Hoboken is cancelled this year. Things usually get pretty out of hand so the city is taking a break from it. I don’t get involved in parades because they bore the shit out of me. Drinking tons of beer is of course fun, but not with thousands of other drunken boozers roaming the streets and getting behind the wheel. Aside from eating a bowl of me Lucky Charms, I have other plans this St.Patrick’s Day.

I don’t really participate in the yearly resurgence of corned beef and cabbage, but I need MINT in my life constantly. Usually the one time of year that everything becomes MINT is in March because St. Patrick’s Day turns everything green and green often means MINT! There’s no better mint offering than mint ice cream! And since I’m obsessed with using straws, The Shamrock Shake is like a magic pot of gold for me.

In addition to consistently bringing back the McRib, McDonald’s has been keeping it real with their classic Shamrock Shake as well. The best part: they are now available nationwide, not just in select mystery locations. Just as I write this, as the Irish say, I’m really gummin’ for a Shamrock Shake. The only thing that would make the shake experience even better is if McD’s was offering this green delicacy in  Uncle O’Grimacey collector cups! Now, REMEMBER, you only have until MARCH 25th before the Shamrock Shakes disappear, so get your arses to McD’s to enjoy one! 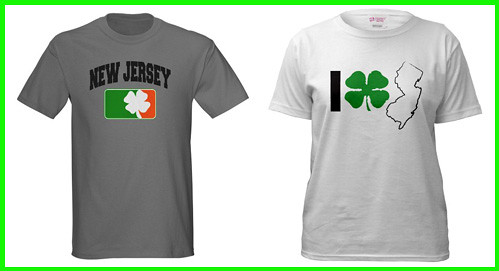 Christmas, Halloween, and Valentine’s Day all get accused of being too commercialized, but what about St.Patrick’s Day? It’s just another reason to sell green decorations and candy and plaster everything with shamrocks. Instead of just wearing St.Paddy’s themed t-shirts, the wearing of the green has been blown completely out of proportion since people also spray their hair and skin green as well.

St. Patrick’s Day is getting out of hand. If any holiday deserves to be even more commercialized than it already is it’s Halloween, the most fun time of the year for kids and adults alike. St. Patrick’s day is supposed to be a religious celebration yet it’s become mostly about going out and getting trashed. This may be fun for those of legal drinking age, but what about the kids? At least there’s the Shamrock Shakes at McDonald’s because without those St. Patrick’s Day sucks for kids. 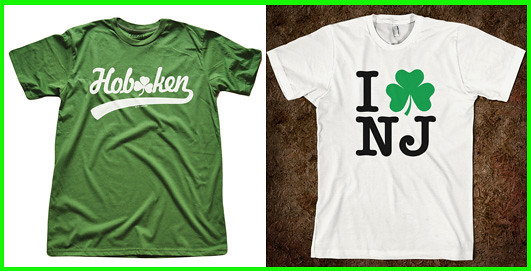 Since the beginning of the month, all over New Jersey there have been St.Patrick’s Day parades rolling through main streets of towns. The earliest St. Patrick’s day parade in New Jersey took place in Morristown in 1780, and since then, the whole thing has snowballed from there. The celebration is now a month long event rather than just one weekend. In case you miss a parade in one town, you can go to another town’s parade the next weekend.

All right, so maybe I’m a humbug, but all St. Patrick’s Day seems to be about is getting shitfaced in bars from green beer. The parades create tons of traffic, and the excessive drinking makes people puke green behind every corner. There’s also cops everywhere you turn looking to hand out tickets for public intoxication with their “zero tolerance” policy. Instead of getting caught up in all that, maybe I’ll pick up some mint chocolate chip ice cream, turn on Weezer’s Green Album and have a Sexy Armpit style St. Patrick’s Day celebration. Hopefully I’ll get a visit from my green friends, The Great Gazoo, Slimer, and Sludgey, The Sexy Armpit mascot.