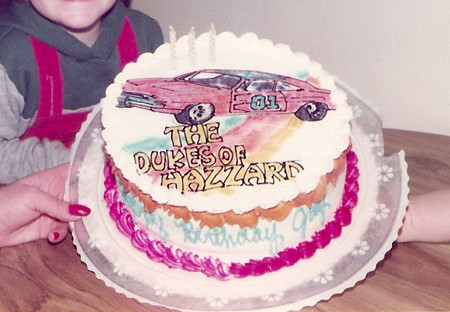 “DUKES!” was my answer to everything for a long time when I was a kid. I was talking about Dukes of Hazzard, a show that I was obsessed with as were many other boys my age. My mom would ask me what I was going to ask Santa to bring me for Christmas and I’d reply “DUKES!” super loud. “Yes, but what Dukes thing do you want, Jay?” “A DUKES CAR!” I said to her, strangely in a thick New York type accent. When I was a little kid I had a hard time pronouncing my R’s which lead people to scratch their head when I said words like SMAWF and BAWN which actually meant SMURF and BURN. This is an issue you’ll hear many kids struggle with but usually grow out of. Occasionally that problem comes back when pronouncing the word BREWERY. To me that is the hardest word to say. I don’t remember having issues with the word BIRTHDAY, and what do you know, today is mine! 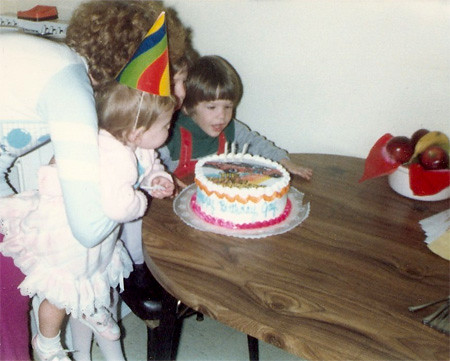 In this post you are looking at a few photos from a couple of birthdays from when I was a kid. The first one is circa 1982 where you can check out the awesome Dukes of Hazzard cake that was made for me. Back then the world wasn’t as obsessed with the insanely intricate gourmet cake decorating that we are today. Now we have Cake Boss and other shows like it and there’s no cake that can’t be created! Back then this cake was pretty f’n awesome. Through the years I’ve had a bunch of awesome cakes made for me such as Batman cakes,  and a Sexy Armpit cake made by my awesome girlfriend. 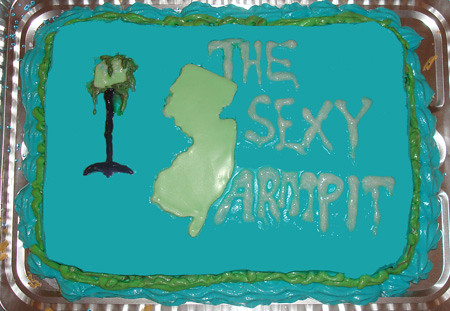 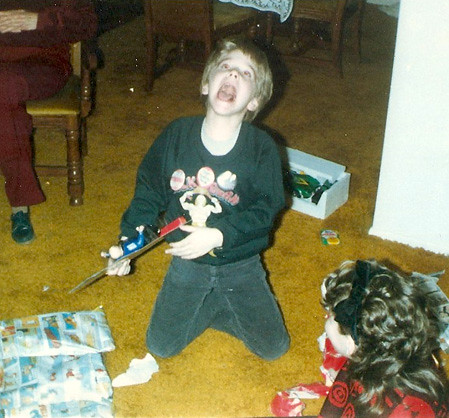 The above photo was several years later after my I was a full blown WWF addict for a long time. You can see how excited I was to receive the Bobby Heenan action figure. I was so anxious to amass the Heenan Family and without it’s manager they were nothing so I was pumped. Anytime I got a WWF action figure I remember yelling so loud as if it was Silver Banshee’s sonic scream. I still get excited about things but I tend to be more reserved. Nowadays I don’t think I would shriek like that unless I won $47 million dollars. So, times have changed in some respects, but many aspects of my birthday remain exactly the same. For instance, this year I already bought myself a few hot wheels cars (not a General Lee), a couple of action figures, and my birthday weekend will include a TNA Wrestling show in Rahway NJ!

A recent visit to Beauty and the Robeast, one of my favorite blogs, brought to my attention that Ssips drink boxes feature philosophical quotes. I wonder if Ssips got some inspiration from the underside of Snapple caps? I have always found that an interactive, literary beverage is in fact a more refreshing one. What gives Ssips even more pizzazz, is the fact that they are made in New Jersey by Johanna Foods, Inc.! Throughout my youth, Ssips provided my mouth with many wet, fruity, and delicious adventures, and for that I want to repay them by dedicating a post to them here at The Sexy Armpit.
No matter if you brought a paper bag, or a Real Ghostbusters lunchbox, our school lunches back in the day had one common denominator: The drink box. For you sticklers out there, you know this isn’t totally true since the ritzier kids with major coin always had a shiny silver pouch of Capri Sun. But, whatever, fuck those pretentious bastards. Some kids’ parents went through the painstaking work of pouring an actual drink into a thermos! Now that was luxury! Still, even the most top of the line thermos lacked the ability to momentarily enchant your senses quite like Ssips did. The neat little artwork on your Darth Vader or Dukes of Hazzard thermos didn’t change from day to day, but the drink box DID!
In the ’80s, Ssips drink boxes were all white and featured an animated picture of its fruit flavored contents. The box was an indicator of the copious amount of fruit flavors that Ssips brought to the lunch table. You could suck down different flavors every day, or maybe if you felt more intellectual, an Iced Tea perhaps. It was like opening a pack of baseball cards and getting a card that you didn’t have. Whatever flavor you got, Ssips brought the party.
For the majority of us middle class suburban kids, lunch time was a guessing game. “What did my mom/dad put in my lunch today?” was a question we all asked at one time or another. The game grew dull rapidly, and at some point, we stopped paying attention and just mauled the sandwich, side dish (bag of chips), and dessert (Little Debbie snack cake) while fantasizing that we were really inhaling a big juicy burger or a nice big plate of Chicken Parm.
Now that I’m a big kid, the cliffhangers are gone. Leftovers in a Tupperware leave nothing to the imagination. The rather unexciting simplicity of finding a peanut butter and jelly sandwich wrapped in aluminum foil used to actually be a welcome surprise considering there were times when the contents of the foil yielded a slab of liverwurst in between 2 slices of bread. The real whammy came when you discovered what flavor Ssips was in store for you.
We all had our little Ssips rituals, didn’t we? I remember some kids would finish their Ssips, then they’d take the box outside, blow into the straw until the box inflated and then throw it on the ground. Then with a powerful STOMP, the box would make a loud pop that would echo all over school property. Kids do some lame things for entertainment, don’t they? As for my Ssips technique, I’d rip the straw out from its confining cellophane, then unbend the flexible part, and proceed to stab the hole in the box with it. Most of the time it went in on the first try, but other times, it took some really furious pounding to get it in if you know what I mean.
One of my favorite flavors was Grape which was so tangy that it burned my throat going down. It was like the young man’s Johnnie Walker Blue.
www.SexyArmpit.com

On February 13th, I had to forego my viewing of the new Friday the 13th film since I already had plans to go with a couple of friends to the Kid Rock concert at the Borgata in Atlantic City. I’m not one to pass up a kickass rock show, especially since I’ve seen Kid Rock twice and he’s thoroughly entertaining. Rock’s Twisted Brown Trucker Band deliver the goods like a punch in the face. They made me want to mosh during “Bawitaba” but the crowd was pretty lame, and Rock’s fans have grown older. I was a junior or senior in high school when Kid Rock jettisoned to fame, and that was over 10 years ago!

Rock never quits during his performances and it’s clear that he loves what he does and he’s proud of the music he’s created. Between songs Rock relayed that his friend once told him that 30 million people watch American Idol, so he performs for …”the 270 million people who DON’T watch that bullshit!” Throughout the show Rock was the center of attention, although members of his band came up and joined him for vocal solos, guitar shreds, duets, and even a sax solo. Through his music and his stage show, Rock conveys his love for many types of music as hints of other famous songs creep into their set. During the concert, Rock’s band played hints of AC/DC’s “Back in Black,” he sang “Cat Scratch Fever” while pounding the drums, and Rock even crooned his rendition of “Good Ol’ Boys,” the Dukes of Hazzard Theme Song, which I even caught on video:

Here’s Part 1 of clips I shot at the concert: