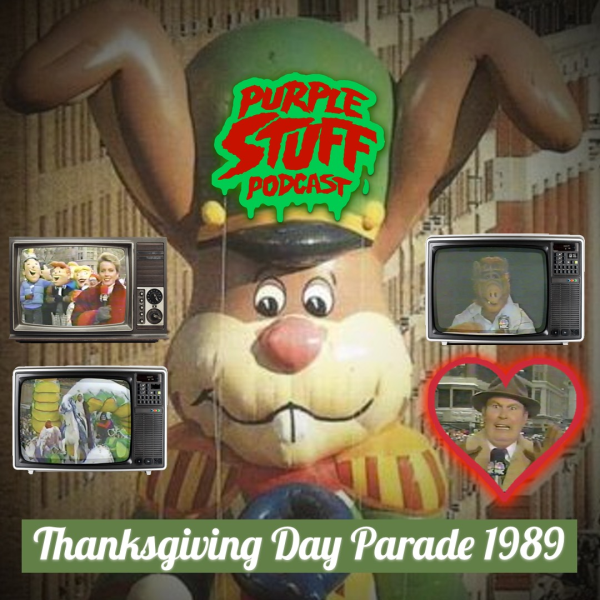 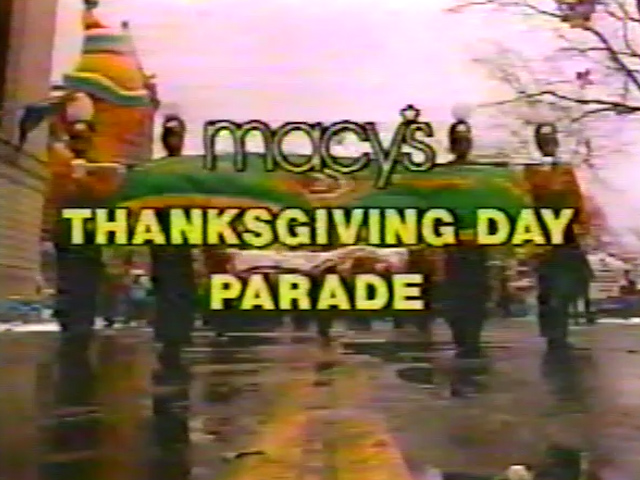 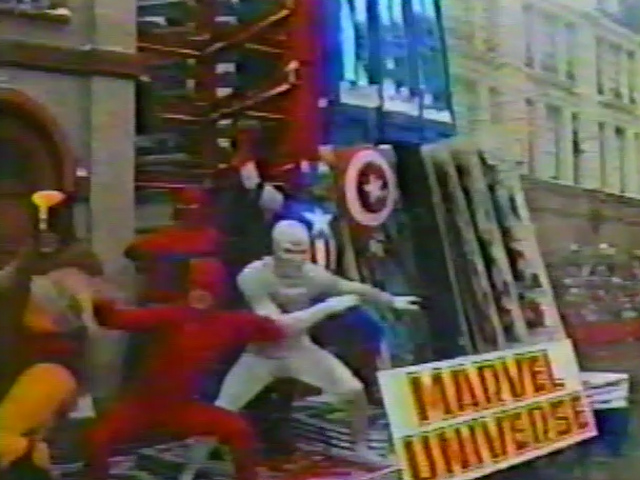 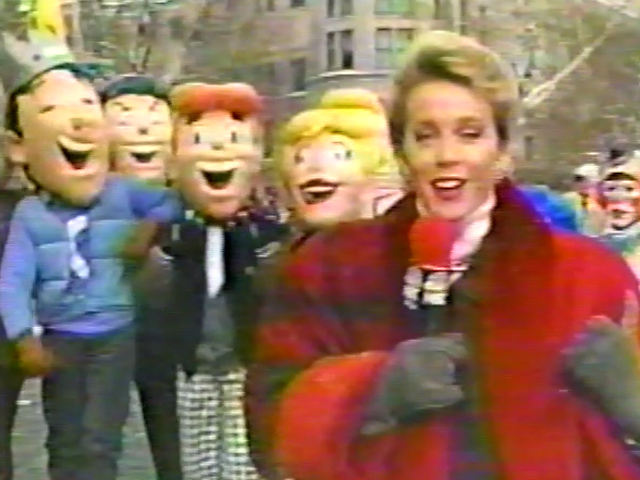 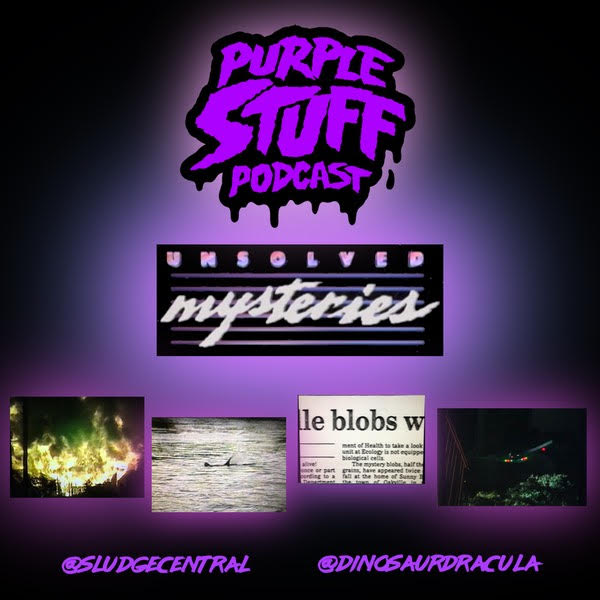 The Purple Stuff Podcast has put on its trench coat and is ready to explore episodes of Unsolved Mysteries. Matt and I have wanted to record this episode for quite a long time and it’s finally happened! Unsolved Mysteries was a show that captured both of our imaginations when it first aired. Not every segment was mind blowing, but the truly memorable ones stuck with us. We will be discussing segments that include Ghosts, UFO’s, and Toxic Goo. It’s all here and we hope you enjoy it…hanks for reading and listening!

If you would like to support The Purple Stuff Podcast you will receive monthly bonus shows! You can check it out here: www.Patreon.com/PurpleStuff

The Purple Stuff Podcast returns with a new episode! In this one, we dissect a VHS recording of an episode of Friday the 13th: The Series from 1988. Dinosaur Dracula and I get into detail about the episode as well as many of the commercials that aired during the broadcast that night. There was some crazy stuff that went on in this ep and the commercials sandwiched in between will either bring you fondly back in time or make you seriously wonder about the ad wizards who made them. So let me run this down, we talk about Friday the 13th the Series, 7Up Gold, Roger Rabbit, a sports instructional video for a sport that I don’t even play, and a couple of defunct overpriced 1-900 HOTLINES! It’s a total smorgasbord. You might recall, we did a show like this previously focused on a VHS tape of Friday the 13th: The Final Chapter so check that one out if you haven’t yet. Thank you for listening and reading. As always, your support is very much appreciated and if you would like to support the podcast please visit us on Patreon.com/PurpleStuff

You may have a photograph or a home video taken with the gargantuan family camcorder that really takes you back to a moment in time. For the Purple Stuff Podcast, we were bestowed with a tape, a recording of a WPIX Shocktober broadcast from October 1992. Specifically, Friday the 13th IV: The Final Chapter was on tap for that night. It couldn’t have been a more perfect pairing. Words simply cannot describe how important horror movies on WPIX during Halloween were to both Matt and I. Obviously, Matt has written on the Internet about them for a million years, but I have also worked this angle into many of my Halloween specials as well. You’ve probably heard us on The Purple Stuff Podcast do the whole “Shhhhhhhhocktober” stinger many times, but in our latest episode we give it the proper tribute treatment it deserves.

We have a super fun and nostalgic episode for you in this time of quarantine. Hopefully you’ll join us and take your mind off of all the craziness going on in the world right now. It’s the perfect getaway for your mind. Not only will you hear us capture what WPIX and their Halloween inspired marathon meant to us, but we also dig in to one of our favorite installments in the Friday the 13th franchise! Friday the 13th IV The Final Chapter was always my favorite for so many reasons which I delve into on the show. I can’t forget to mention that one of the coolest aspects of this tape we received had all of the commercial breaks in tact. This means we get a chance to look back on Shocktober promos, commercials, and public service announcements!

We really had a blast on this trip back to that night. An evening where we were both in our respective homes settled in anticipating the big day, Halloween, and watching horror movies on the channel that had it all. Listen to us attempt to capture just how important this all was to us! Below you can watch a video Matt compiled that includes footage and clips from the video we are discussing if you would like to watch for reference during the pod!

*If you enjoy the show and would like to support it, you can visit us on Patreon where we release exclusive monthly bonus shows. Thank you for reading and listening and I hope you all stay safe in a blanket fort with all your favorite snacks and movies.

Matt and I are getting into the Christmas spirit on a new episode of The Purple Stuff Podcast with our look at some of our favorite Christmas Commercials of all time! Check it out wherever you prefer to listen to podcasts! Also, we are on Patreon where we bring you a monthly bonus exclusively for our Patronies!

In many ways, I’ve spent my life prepping for the crap that Dino Drac and I discuss on the Purple Stuff Podcast. Who knew that all those hours as a couch potato on those summer days that were too sweltering to even swim under the sun would actually prove to be useful someday. Well, useful is a stretch, but all those memories certainly fuels our Mr. Fusion of inconsequential nostalgia. For a little trip back in time to when TV sitcoms ruled our world and they were only available through that giant box in your living room, dial up our first TV Theme Songs show from May 2016!

If you don’t need the refresher, well, as Freddy said, WELCOME TO PRIME TIME BITCH! We’ve got 10 TV Themes to discuss and dissect. We don’t only talk about the music, we also get into the details of the actual intros themselves in some cases. No matter what, these are some oddball choices as always. You’ll hear everything from Harry and The Hendersons to Jem! Things are about to get weird so take a listen on your favorite podcast app. Thank you for listening and feel free to add your favorite TV Themes in the comments!

If you dig the show and would like to support the show you can share the show on social media, or recommend The Purple Stuff Podcast to one of your friend IRL! So many people I know are through with social media altogether that you may want to have an actual convo with them and say “Hey, this is a show I enjoy listening to and you may like it as well!” If you aren’t into that option, we would love it if you could give us a 5 star rating on iTunes. And last but not least, you can support us on Patreon for an exclusive monthly bonus show! www.Patreon.com/PurpleStuff Thanks again for listening and reading!

To arrive at their optimum relaxation zone, some people listen to the soothing sprinkle of a rainstorm or the natural sounds of a tropical rain-forest. But, for my ears, there’s something about TV theme songs that I find strangely comforting. Maybe it’s little details like the “sha-la-la-la” at the end of the Family Ties theme or the hum at the end of the Diff’rent Strokes intro that make me have that extra fondness for them. If you consider yourself the same kind of wacko, then you’re reading the right website! This week, the Purple Stuff Podcast brings you a show entirely dedicated to a select bunch of TV theme songs.

To say that my iTunes is quite a hodgepodge of various types of music is an understatement. If you listened to one of my playlists while driving around with me, you’d likely hear one of hundreds of TV theme songs. Chances are, you’d know the lyrics to the majority of them. That’s what makes it fun. You don’t even need to be an avid viewer of a show to have the theme song stuck in your head, which makes the genre that much more incredible. This is one of the reasons why I felt so compelled to convince Matt that we should do a whole show about some of the TV themes that stand out most to us.

After an arm bar into an Irish whip, followed up by a flying forearm, Matt agreed that it was a good idea. I’m kidding of course, but it did take a little bit of convincing since it is so difficult to do a show like this and not be accused of leaving all the important themes out. Everyone has their favorites, but these are just a handful that we felt compelled to talk about. Some of your favorites are ours too, but we’d need 8 episodes to touch on ALL the good ones.

Personally, I think some of the best TV theme songs are the ones that work on different levels. Some TV themes are great for what they are and work splendidly as a theme for a show, yet other TV themes soar beyond that. There are TV themes that are so catchy that you wonder how the hell they haven’t been deemed required curriculum in music classes in schools. Others are so versatile that they could be covered by metal and punk bands. Most of all, the best TV themes are the ones that pop into your brain the minute you hear someone mention the name of the show that it’s from.

I demand equality for TV theme songs. Even though a show’s theme usually undergoes subtle changes between seasons, a TV theme has the power to bring to mind the full reel of scenes in the opening credits. I loved when the opening credits of a show were so ridiculous. You can sit there and pick out the episode that each scene was from. The theme will also make you reminisce and sing along. Some themes are cheerful or quirky while others are arena-ready and triumphant. In all cases, there’s a lot to discuss so check out The Purple Stuff Podcast Episode 27 and share some of your favorite theme songs in the comments!