While gathering evidence to crack a case, NYPD cops Terry and Allen (Wahlberg and Ferrell) must cross the river over to New Jersey to pay a visit to the Gretchel and Dawson accounting firm in Fair Lawn, NJ. This scene in 2010’s The Other Guys was actually not filmed in Jersey but Wahlberg’s character did reference Jersey:

TERRY: “It looks like we’re going to Jersey to visit an accounting firm, that’s a shitty day.”

Just because you’re reading a guy’s blog about Jersey nonsense doesn’t automatically mean he has a hard on for Kevin Smith movies. OK, it does mean exactly that, but so what? You can mouse on over to the back arrow on your browser and take a lightning fast trip (depending on your ISP of course) back to wherever you came from if you don’t like it. And NO, this post isn’t about Brody Bruce, Silent Bob, Randal, Trish the Dish, Holden McNeil or any of Smith’s host of signature characters. It’s about a cop film that Kevin Smith was supposed to direct if the studio’s original plan came to fruition. Needless to say, it didn’t, and Smith went on to direct a very similar, non-Kevin Smith film called Cop Out, which I found to be way more entertaining than it’s sub-par doppelganger, The Other Guys.

Adam Mckay directed The Other Guys with a mega budget while Smith directed Cop Out on an insanely meager budget in comparison. Merely teaming cinema favorites Will Ferrell and Mark Wahlberg together did not guarantee success considering the big ongoing joke of the movie is a reference to the female R and B group TLC. That was the best material writers Adam McKay and Chris Henchy could come up with? Do Hollywood writers just get together and type up whatever they were making jokes about the night before while getting stoned? “…Heyyyy…duuuude…you remember TLC?” “Yeeeahhhh maaan they were some hot ladies.”

In Cop Out, a film that beat The Other Guys to theaters, Bruce Willis’ finesse and Tracy Morgan’s intrinsic comedic timing win this battle by a landslide. In The Other Guys, Wahlberg’s character Terry was kind of odd and by no means should he be doing comedy unless he’s reprimanding Andy Samberg on SNL for doing impressions of him. As always, Ferrell is funny during his random outbursts back into “The Gator,” a nickname from his days as a pimp.

In Hollywood’s continued pursuit of being completely unoriginal, they decided to rehash ’80s cop movies like Lethal Weapon and 48 Hours. Even with terrible material to work with Ferrell was amusing as a geeky cop who also designs phone apps in his spare time yet scores ridiculously hot chicks. The odd couple relationship between Terry and Allen is more often annoyingly realistic than funny. I must admit that there are some people who make me want to smash my computer into the ground like Terry did, but the effect came off the same as the relief of a squishy stress ball rather than providing over the top laughter.

The Other Guys’ NYPD Captain Gene Mauch is also a part time manager at Bed Bath and Beyond. Fortunately for us, he is played by Michael Keaton. I was glad to see Keaton doing comedy once again, since that’s where he thrives. And yes, I got it, he’s totally unaware of the existence of the group TLC.

Even though it feels as if it just rolled off the assembly line, The Other Guys is worth a rental because it does have a few strong points. Two creatively directed scenes look as if they are straight out of a music video. The first is a still life scene where Terry and Allen are in a bar getting shitfaced and everyone in the bar looks like they are made of mannequins or wax statues. The other is an action scene toward the end where Terry and Allen barge in on a meeting and it turns into a shootout. You might also appreciate that it’s a very New York movie. Look for several breathtaking shots of the Manhattan skyline. 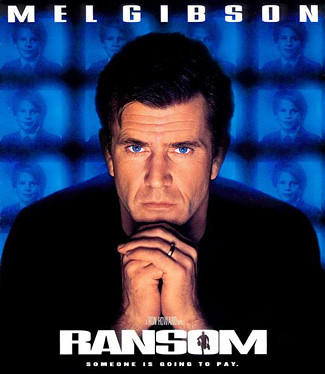 Please welcome the newest member of The Sexy Armpit, Nick “N.J” Holden! In his first contribution, a look back at the 1996 film Ransom prompts Nick to give Mel a second chance. Check out Nick’s profile which is linked on the right sidebar!

It’s easy to dismiss a person by what is printed and said, even if that person was, at one point or another, decent. For an example, Chris Benoit was regarded as one of the finest technical wrestlers to have ever graced a mat, but after the tragedy with him and his ill-fated family, all of his achievements have been forgotten, almost as if they have never existed. To look at Mel Gibson now, after all the tabloids and rumors, one would see him as an out of his mind, racist, misogynistic narcissist with way too much money and too much ego. But at some point, Mel, before he blew a fuse, visited the Garden State (briefly) in the caper film Ransom, and while it didn’t reinvent the wheel or increase NJ’s tourist trade (at least not to my knowledge), it’s nice to look back on the Garden State before it was forever changed by some guy named Tony Soprano.

Tom Mullen (Gibson) is a self-made millionaire airline owner who finds himself out of his depth when his son Sean (Brawny Nolte, Nick’s son) is kidnapped and held for ransom. Now, the rational thing to do would be to pay the captors (which include a pre-Sex and the City Evan Handler) the money and be done with it. It should also be noted that, through a subplot, Tom was investigated by the FBI for possibly paying off a mob guy to keep his airline going. But after a disastrous turn of events in Jersey (where the ransom was supposed to be paid – holla Fair Lawn!), Tom turns the tables on the captors and uses the ransom as a bounty that he places on the captors, hoping that they will crumble under the pressure and turn on one another. In doing so, Tom not only draws scorn from his wife (Rene Russo) and the FBI agent (Delroy Lindo) on the case, but also become a pariah in the media for such a risky tactic. From then on, the suspense builds as both Tom and the captors begin to lose patience with one another, building in a climax that puts both Tom and captors on a collision course. Not necessarily with each other, but a course that is sure to spell doom for some. 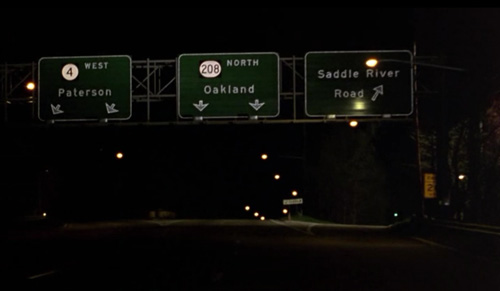 The movie, directed by Ron Howard, does a great job with the cast. Especially good is Mel, who is kept at a feverish pace. In his eyes, you can see the hopelessness and desperation, but also a man who is not afraid to cross the line to save his son. Also doing fine is Gary Sinse as the ruthless mastermind of the kidnapping who slowly becomes unglued and Lindo as the veteran agent who is confounded by the change of events. Unfortunately, what is seen of Jersey is very little, happening at nighttime at a stone quarry, but is pivotal in the storyline, so I guess we can forgive Howard for setting up an important scene in my home state. It was nice to see Route 4 without traffic for a change.

Ransom is a taut, well-acted cracker of a film that reminds you that Mel was once a good actor. It got him a Golden Globe nomination, so if you want to see Mel Gibson as a hero without a suicide fixation or dressed in a leather suit, give this one a whirl, otherwise you can just smile and blow him.

Here’s my report on eXXXotica 2010. Watch with the volume up and in high definition!

During the Christmas season there’s plenty of jaded kids all around the world who are questioning the existence of Schlatter Claus. After the short lived Ferris Bueller TV series left a bad taste in people’s mouths, Schlatter Claus went into hiding. I really don’t know why he was so ashamed of himself, I thought the show was pretty damn good. I remember watching it and that’s where I first saw Jennifer Aniston. When Friends became mega popular I used to say, “Hey isn’t that Jeannie Bueller?” But, I wouldn’t go so far as to say that Jennifer Aniston is more popular than Charlie Schlatter because that would be completely untrue. OK, so Jennifer Aniston makes it onto the front cover of People magazine, big deal. Literally billions of kids around the world write letters and fan mail to Schlatter Claus every year, so I’d say Schlatter Claus wins that one hands down. I also had a huge crush on Ami Dolenz at the time, but I should stay focused or I’ll go on a tangent about how funny it would be to have a Monkee for a dad. Alas, I’m here to tell you that Schlatter Claus is 100% f-cking real, and he actually IS coming to town! Well, only if you have a DVD player or Netflix that is.

My man Schlatter Claus was born in Fairlawn, NJ (Englewood, NJ in IMDB), but he’s not just stopping in Jersey to drop off gifts, he’s making sure he visits all of your homes this Christmas. You don’t even have to rely on him coming only ONE day a year because he’s starred in a enough memorable ’80s TV shows and movies to entertain you, not only during Christmas time, but all year long. His film credits include Bright Lights, Big City, 18 Again (step aside Zack Efron!), Police Academy: Mission to Moscow, The Delinquents, and even Miss Cast Away featuring a cameo by Michael Jackson. Schlatter went on to concentrate on doing voice work in animated shows such as playing The Flash in The Batman and Superman:The Animated Series as well as various other characters in cartoons such as Sonic the Hedgehog, Captain Planet & the Planeteers, Kim Possible, Bratz, Butt Ugly Martians, and Loonatics Unleashed. Schlatter Claus also voiced characters in a slew of video games like Spiderman 3, Metal Gear Solid 3, Everquest 2, and Punisher. Remember kids, Schlatter Claus will only come to visit your house if you’ve been good girls and boys, so you better be good for goodness sake, and that means NOT insulting the Ferris Bueller TV show!
www.SexyArmpit.com