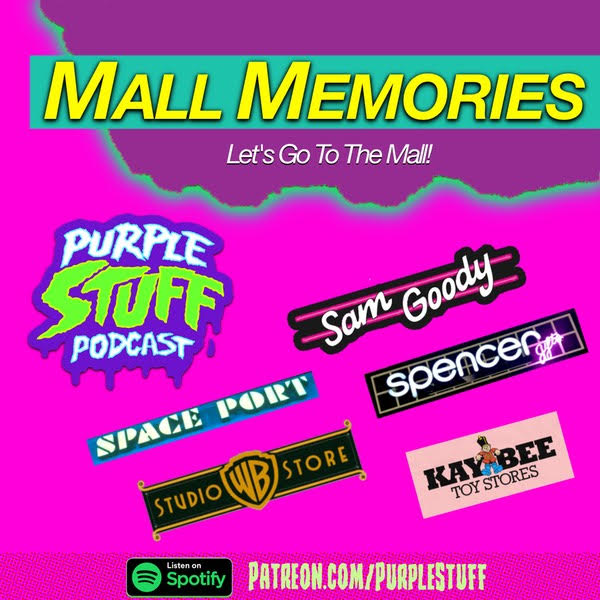 When I need something, I just go on my Amazon app and order it. Obviously, that wasn’t always an option. The mall was the #1 place to go if you needed something, wanted to hang out with friends, or wanted to grab a quick meal. It was such a part of life that we would basically live at the mall all day on the weekends. The mall wasn’t just a place to buy stuff, but also to keep updated on what’s out, what’s trending, who’s holding hands with who, etc. Sounds a lot like a brick and mortar Twitter doesn’t it? In a way, it really was.

I was lucky, I grew up sandwiched in between 2 of the prominent New Jersey malls and it afforded me the opportunity to walk to either of them on a whim. I even worked at one of them through some of high school and college. To say that these malls are ingrained in my DNA would not be hyperbole. Being that I was spoiled in terms of my proximity to these giant malls, I’m sure a mall was even more of an event in a more rural state where a mall might have been one of the few big attractions for a night out.

All this lead Dinosaur Dracula and I to whip up a show all about our memories of The Mall. We stop into stores that we loved (Sam Goody, Spencer Gifts, and Heroes World to name a few!) and even drop by the food court! It was a fun time and I know you’ll be getting some flashbacks to a time when malls were the place to be. Check it out wherever you listen to your podcasts or you can click the link above to play it right here!

Thanks for reading and listening! If you would like to support The Purple Stuff Podcast, you can go to Patreon.com/PurpleStuff where we post a monthly exclusive bonus show!

It’s impossible not to sound super old when talking about arcades. Kids nowadays get a big laugh out of the fact that we used to actually go out to an arcade to play video games. Even though most of us eventually had an Atari home system growing up, we still blew our pocket full of quarters in the ominous looking Star Wars Arcade game at the local Space Port in the mall – at least I know I did! The ultra high tech, home based and portable video games of today are no longer the multi-faceted sensory ritual they used to be in the ’80s.

Even though video games have evolved so much from a technical aspect, they are no longer the full blown experience they once were. Sure, new games can immerse us into the creepily realistic world of a first person shooter on X-Box or PS3, with 3-D graphics that will make us question whether we’re in our living room or some chemical plant fighting bad guys, but it’s not the same. Nothing can compare to the feeling I used to get before hopping into the Space Harrier arcade game at RazMaTazz in Sayreville, NJ!

In the arcade, so much care was put into designing the game cabinets that housed the screen, joystick, and buttons. If the artwork on the side panels wasn’t elaborate and eye catching enough, we might’ve passed right by it. You don’t have to slip quarters into your home console or your tiny portable, you don’t even have to go to a store to purchase a game anymore! At this point in time we can beam a game directly to our home console in literally under a minute.

The communal aspect of physically being in the same dark room and hearing the same fusion of sound effects from various games around the room with button tapping and click clacking as the back beat, and even gaining an occasional crowd to root you on has evolved into a primarily home based adventure. This transition is much like the way Netflix and Redbox have made some of us opt to stay home rather than go to the movies.

There’s plenty of gamers much older than me who have moved with the ever changing technology. Personally, I’ve never played a game against someone online and I don’t think I ever will. I don’t want to wear a headset while playing, nor do I care to hear people talking video game trash in my ear. If they were physically beside me in a black lit room, eyes transfixed on the action on the glowing screen, playing a finger numbingly competitive game of WWF WRESTLEFEST, I would welcome the trash talkin’. I think my days of video gaming are tucked away with my memories of my beloved Sega Master System.

Unbeknownst to me, Paris Hilton made an appearance at Macy’s in Woodbridge Center Mall yesterday to promote her new Fairy Dust perfume. Apparently she didn’t want to rekindle our old flame. The linked story at MyCentralJersey.com says there was about 300 fans on line to meet her. Someone needs to tell me this crap BEFORE it happens! She never returned my Masters of the Universe Season One Volume 2 DVD box set that I let her borrow. Bitch.

Black Friday was completely insane. If you never gone out to shop on Black Friday, everything you’ve ever heard about the shopping blitz is true. There’s the sales, the lines forming at 2am, and the crowds rushing into the stores at 5am, but you rarely hear about the battles for parking spaces. I walked over to Woodbridge Center just for shits and giggles and I made my way through the parking lot of Dick’s Sporting Goods. As I weaved through the cars, I overheard what could have become an all out parking lot brawl just a few feet to my left.

No joke, I started to laugh at these two guys because of the preposterous situation that they were in. The Woodbridge Center Mall has about 3,500 EXTRA parking spaces that never get used unless it’s Black Friday. Any other day these two guys would have had their choice but because everyone decides to rush out all at once so they could get their hands on a heavily discounted cutlery set at Macy’s they get into a fight because of a parking spot. This is so lame. I am the first guy to admit that I have a short fuse but America has to check itself into this new 12-step program called CALM THE FUCK DOWN. Really, I attribute my short temper to the fact that we all need one as a defense mechanism nowadays. You never know when someone around you will snap and go ballistic. These two guys need to take a deep breath, step out of the situation and realize that they’ll probably be in the ground in no time if they keep getting so up in arms about stupid shit like shopping. But nothing ever changes during the Holidays, which is the exact time of year that people are supposed to be nice to one another. Isn’t that ironic? I’m going to make it a point to start calming down so I don’t contribute to the ticking time bomb that is our country. It is interesting to note that they both were in their cars. The way I see it, cars and driving give this world a lot of unnecessary stress.

On the stress free side of this Thanksgiving weekend, I managed to make a couple of purchases that were worth noting. More on that next time…